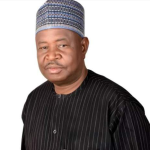 A Chief Lecturer, Umar holds the Doctor of Philosophy degree in Statistics of the Ambrose Alli University, Ekpoma.

A professional Statistician, Umar is a member of several professional bodies amongst which are membership of Nigeria Statistical Association; Nigeria Statistical Society; International Research and Development Institute; Institute of Chartered Economists of Nigeria; International Association of Engineers and Computer Scientists and the Institute of Management Consultants. He is a Fellow of the Centre for Public Service Productivity and Development  and Fellow of the Institute  of Management Consultants.

He has to his credit many academic and scholarly publications in several National and International journals.

Dr. Umar began his academic career  with the Auchi Polytechnic in 1994 and rose steadily to become a Chief lecturer.  He later joined the Services of Kaduna Polytechnic as a Chief Lecturer in 2018 a position from which he got his new appointment.

Dr. Umar has at various times served as moderator and external examiner to the Delta State Polytechnic, Ozoro, and the Kaduna Polytechnic, Kaduna.

The new Rector has made tremendous and significant contributions to the country and the community.  He has served as Special Marshall in the Federal Road Safety Commission; Patron, Red Cross Society, Etsako West Division; Member Rotary Club of Auchi Metropolitan; Patron Man O’ War Club of Auchi Polytechnic; Patron, Road Accident Prevention Club of Nigeria of he the Ambrose Alli University, Ekpoma and Coordinator Certificate of Merit Association of Computer and Statistics Students.

Dr. Umar is married and blessed with children.

Mrs. Felicia Eshiotse is the Acting Registrar of the Polytechnic.

Mr. Enagodia B. Lawrence is the Polytechnic Bursar.